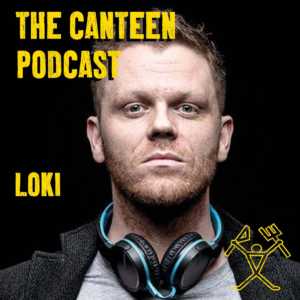 Darren McGarvey, who goes by the stage name Loki, is a Scottish rapper, hip hop recording artist, and social commentator. He was an activist during the Scottish independence referendum in 2014 in favour of independence, has done work with the renowned Scottish violence reduction unit, working with young people, and his first book Poverty Safari won the 2018 Orwell Prize for books, with the judges saying it “was ‘exactly the book’ that Orwell would have wanted to win”. His Edinburgh Fringe show Scotland Today is on in August with tickets on sale now.

Remember to subscribe to the show and leave a five star review. And don’t forget to visit our sponsor at www.paleocanteen.co.uk where you can get top quality Scottish meat and restaurant quality meals delivered chilled to your door round the UK!

We use cookies to ensure that we give you the best experience on our website. If you continue to use this site we will assume that you are happy with it.OKNoPrivacy policy